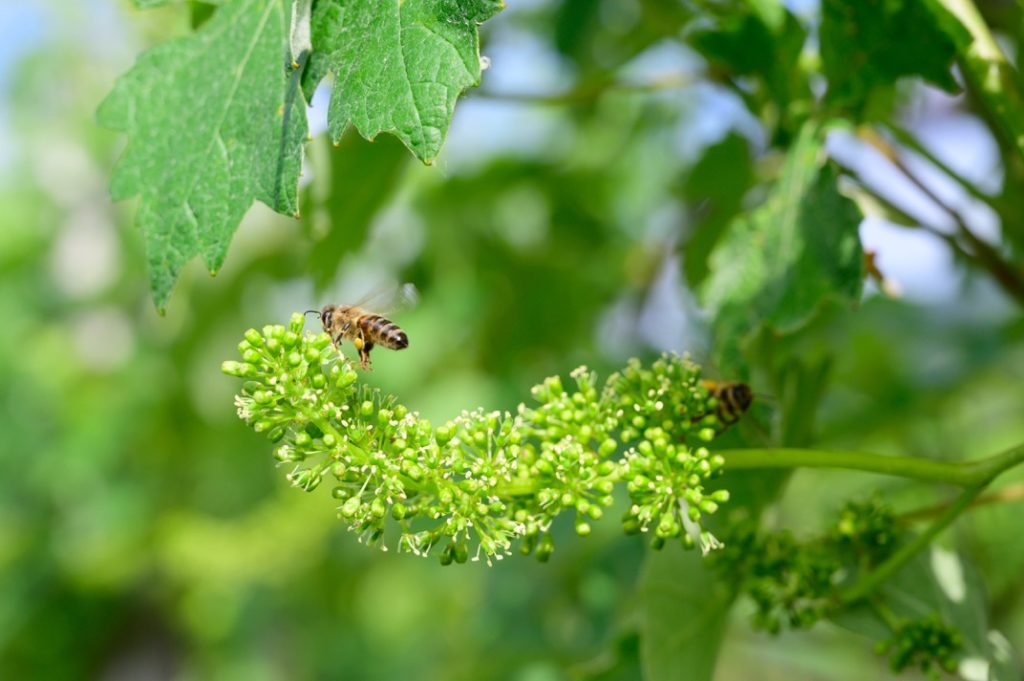 May in the Vineyard

The Laboratoire NATOLI & Associés reports the conditions of the vine during May 2022.

About a month after budburst, we can provide a first impression about the start of the season, which is much better than last year’s. The far south escaped the frosts and the burdburst went well. The start was still rather late compared to an early 2021 vintage, by about 10 days : the trend was cool in April, with a deviation from the average temperature of -17°C to +0.2°C on the Hérault for example.

However, the situation in terms of water in the “great south” has to be qualified : between the Languedoc and the Côtes du Rhône, two different vintages seem to be emerging. As a reminder, during January and February, vineyards were dry everywhere, but rainfall in March and April in the Languedoc ranged from 300 to 180 mm, with a gradient from west to east. The situation is quite different in the Rhône Valley. It did not benefit from the last Mediterranean episode and rainfall totals have not exceeded 80 mm since January (Alpilles sector, Carpentras, Orange, locally 150 mm in the Drôme and Vaison-la-Romaine).

Despite these differences, the vine is in a phase of explosive development: it grows quickly and harmoniously. At the beginning of the season, we noticed the double outlets on the rods, which now form rows of bushy vines that run up to the second level of lifting wires. The bunches are very promising : there are two inflorescences regularly per branch on the most productive ones (Grenache are the most common, but it is also observed on Syrah, Chardonnay and Viognier). This phenomenon is even more pronounced on the frozen vines of 2021 : even the vine shoots sometimes bear bunches.

In any case, this is the reality in the Languedoc region (Aude, Hérault & Gard) where the vineyards are gradually approaching flowering. The situation is locally less pleasing in the Vaucluse and the Bouches du Rhône, where certain vineyards are in difficulty, in particular young vines whose growth is less dynamic and where nitrogen deficiencies on the foliage are already clearly visible. In addition to the lack of water, nitrogen mineralisation is poor in dry soil, which limits vegetative growth and even disrupts flowering and fruit set.

Sanitary pressure under control, but flowering to be well managed

The phytosanitary situation is very healthy for the moment. However, we have to pay attention to outbreaks of blackrot which develop locally and regularly on leaves (but very rare for the moment on bunches).

Downy mildew is starting later this year (primary outbreaks in early May) and will depend on rainfall. Powdery mildew is still here.

Under these favorable conditions, spontaneous or sown weeds have developed a lot in the plots and their management is a key point for the rest of the season. Spring annuals are completing their cycle. It is advisable to stop their growth (rolling, mowing, shallow ploughing, etc.) to limit their regrowth in June. This is the period during which the surface soils dry out and water competition must be limited as much as possible. In area with less rain, the use of shallow ploughing of part in the inter-rows is even more useful to limit soil losses by evaporation. Likewise, tillage under the row remains a major strategic issue in limiting trophic conditions.

Good weather with summer conditions keeps going at the end of May : great conditions for flowering and fruit set. Nevertheless, we hope the return of rain after this key stage of the season…